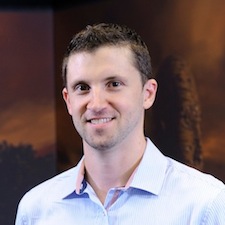 Jean-François Lalonde is an Associate Professor in Electrical and Computer Engineering at Université Laval, Quebec City, since 2013. Previously, he was a Post-Doctoral Associate at Disney Research, Pittsburgh. He received a B.Eng. degree in Computer Engineering from Université Laval, Canada, in 2004. He earned his M.S at the Robotics Institute at Carnegie Mellon University in 2006 under Prof. Martial Hebert and received his Ph.D., also from Carnegie Mellon, in 2011 under the supervision of Profs. Alexei A. Efros and Srinivasa G. Narasimhan. His thesis, titled "Understanding and Recreating Appearance under Natural Illumination," won the 2010-11 CMU School of Computer Science Distinguished Dissertation Award. After graduation, he became a Computer Vision Scientist at Tandent, inc., where he helped develop LightBrush™, the first commercial intrinsic imaging application. His current research is on artificial intelligence, with a focus on 2D and 3D computer vision and graphics. 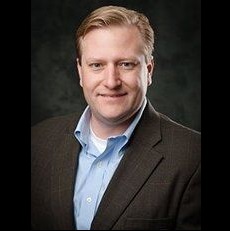 Jeremy P. Bos, PhD, P.E., is an assistant professor of Electrical and Computer Engineering at Michigan Technological University. Before beginning this appointment, he was a postdoctoral research fellow with the United States Air Force at the Advance Maui Optical Site under the U.S. National Research Council’s Research Associateship Program. Bos received his PhD in 2012 under Prof. Michael Roggemann for his work on the imaging through turbulence over long horizontal paths. He received his MSEE from Villanova University in 2003 and BSEE from Michigan Tech in 2000. In the intervening years Bos worked in the automotive and defense industries for nearly ten years. During his academic career he has authored or contributed to over fifty journal articles,conference papers, and patents. He is a current recipient of the US Air Force Office of Scientific Research Young Investigator Program award, chair of the SPIE Scholarship committee, and Associate Editor of Applied Optics.

Founded by French explorer Samuel de Champlain in 1608, Québec city is the cradle of French civilization in North America. Declared a World Heritage Site by UNESCO in 1985, it is the only city in the North American continent to have preserved its original fortifications. Québec City is also a bilingual destination that has kept its European flavour: cobblestone streets, sidewalk cafés, museums…

The workshop has been running for 25 years, starting with the Euro-American Workshop on Optical Pattern Recognition in La Rochelle, 1994. It is a small workshop (typically limited to 30-35 talks), with invited participants broadly from the area of information optics and photonics. Always there has been an emphasis on allowing time for interaction, collaboration, and networking in a friendly atmosphere. Participants stay together for lunch and social outings. Well-known researchers in the fields of optical information processing and advanced imaging techniques regularly attend the conference from Europe, USA, Japan, and Korea, and find it a refreshing, relaxed, and very profitable meeting. Previous workshop locations include Barcelona (1997), Colmar (1999), Valencia (2001), Toledo (2006), Reykjavik (2007), Annecy (2008), Paris (2009), Helsinki (2010), Benicasim (2011), Quebec (2012) and Teneriffa (2013), Neuchatel (2014), Kyoto (2015), Barcelona (2016), Interlaken (2017).